I work as a security guard for a local security company and was working at a construction area near O’Hare airport. I was just relaxing in my truck listening to some podcast. It was about 1:00 am and it had been the usual quiet shift. My shifts there are usually pretty quiet, only the occasional homeless person wandering onto the site or horny teenagers looking for a dark, out of the way place to park.
I was sitting there with the window open when I saw movement out of the corner of my eye that caught my attention. I got out of the truck and went to walk around and see if anyone might have wandered onto the site. The construction site I was on was used to make asphalt and there’s a large grinder to crush rock down and that is where I was walking towards when I again saw movement near the area where the dump trucks are loaded. I saw a very large, dark figure standing there, dark black but had a pair of large red glowing eyes. It stood at least 7 ½ feet tall and just stood there silently with a large pair of outstretched wings that it slowly flapped open and then shut. I called out to it and then shined my light toward it when the entire area was lit up in a bright whitish blue light. The light was so bright that I could see the equipment and the lot as clear as the middle of the day. When I looked again the figure was gone and a really large boomerang shaped ship was moving away from the site. The edges of the ship had white lights on it and it was only about 60 feet in the air. It got higher as it moved away and then shot into the sky and was gone in a fraction of a second. I won’t lie, I almost shit my pants when I saw this and ran back to my truck where I rolled up the windows and locked the doors. I was scared, very, very scared but stayed on post with the truck turned on and the headlights on till about 5 am when I left. I served two tours of Afghanistan while in the Army and have been in combat before and yet I was shaken to my very core after this incident. I only calmed down when I saw the sky getting lighter as the dawn approached but I’m sure that if it had wanted to hurt me, it would have done it and there’s nothing much I would have done about it. That’s what I saw, I am 150% certain that what I saw was real and not a hallucination, I do not drink and I have never touched a single drug in my entire life, I am not a religious person and don’t believe in things like demons but whatever this was, it was not human and did not belong here. I told my wife about it the next morning and it was her who told me about the things being seen at the airport in the last few years and even showed me this blog on her phone. I’m not sure what I saw but I hope my reporting this to you helps you in finding out what it is.

I was able to speak to the witness and determine the exact location of the sighting, which was a construction site set up as part of the ongoing O’Hare Airport expansion. The construction site is located at the intersection of W. Irving Park Rd. and Taft Ave (photos enclosed along with the report) the location is located approximately 4,025 ft from Resthaven Cemetery (in a straight line or 2.10 miles via the highway). The witness said he was on duty at about 1 a.m. on September 24, 2021 and was there to make sure no one was coming onto the construction site to steal or damage any of the equipment. The witness said he never had anything of this sort happen before, he has seen lights and orbs in the sky but he always assumed they were just airplane lights associated with day to day operation of the airport. When asked if he had heard of the winged humanoid sightings being reported at O’Hare, the witness stated that he had not. When asked for background information, the witness stated that he had been with the security company for a little over a year and had previously retired from active service with the United States Army and had served multiple campaigns in Afghanistan during his tenure in the Army.

When asked about the sighting itself, the witness had stated that he had seen movement and had gone to investigate when he came upon the winged being. The being was standing upright on the ground and he approximated that it was 20 feet from the witness. The being had a pair of black wings that were unfurled and were noticeable due to the background lighting from the surrounding area from buildings and street lamps. When asked if the entity was doing anything, the witness said it was just standing there and looking right at him. The witness described the being as being approximately 7 1/2 feet tall and thinly built with red eyes and had a wingspan of about 10 feet according to the witness. The witness stated that he stood there looking at him for about 3-5 seconds before the area was bathed in a bright white light that lasted for about 1-2 seconds. The witness stated that he could see the immediate area around him as clear as day and associated it with the same kind of brilliant flash seen when a large meteorite or fireball lights up the sky. When the witness looked, the being was gone and about 60 feet above him, the witness saw what he described as a very large triangular shaped craft that had lights along the edge and at the corners slowly moving away from his location. The object kept moving away and gaining height for a few seconds before it shot into the distance and was gone.

When asked if he had experienced any missing time, nausea or disorientation associated with his experience, the witness stated that he did not and that the rest of the night was uneventful other than it frightening him to the point that he kept all the doors locked and the truck turned on till he left right before dawn. The witness stated that he had never seen anything like this in his life and had no explanation as to what had transpired to him. When asked if he went back to work, the witness stated he had the weekend off but had returned to work the following Monday and has had no other incidents happen to him.

It is the opinion of the investigator that the witness has shown no signs of fabricating the story and seems to be genuine with his recounting of the events of the night and warrants further investigation. A field investigation will be conducted and any pictures and information obtained will be posted to the website. 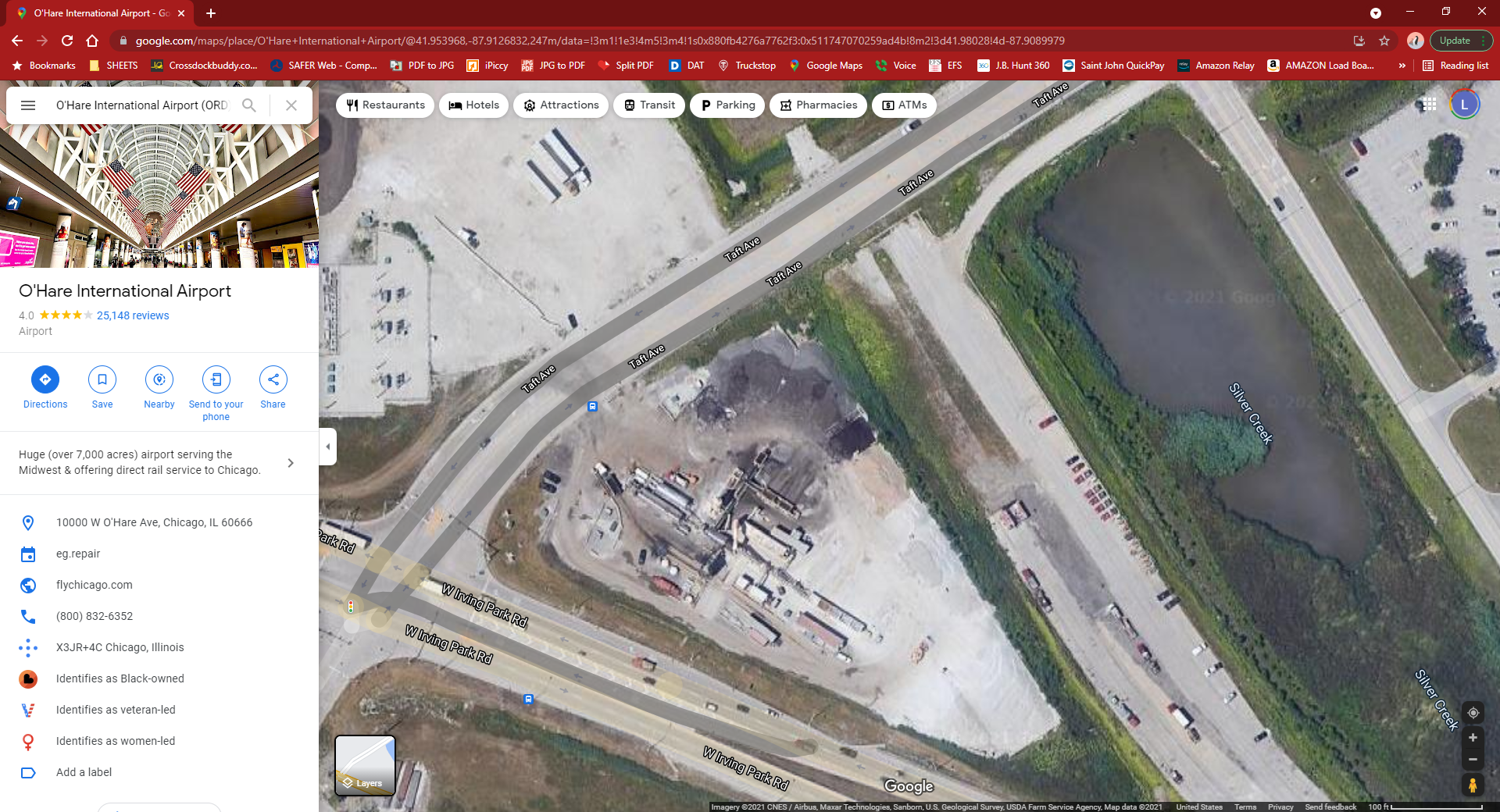 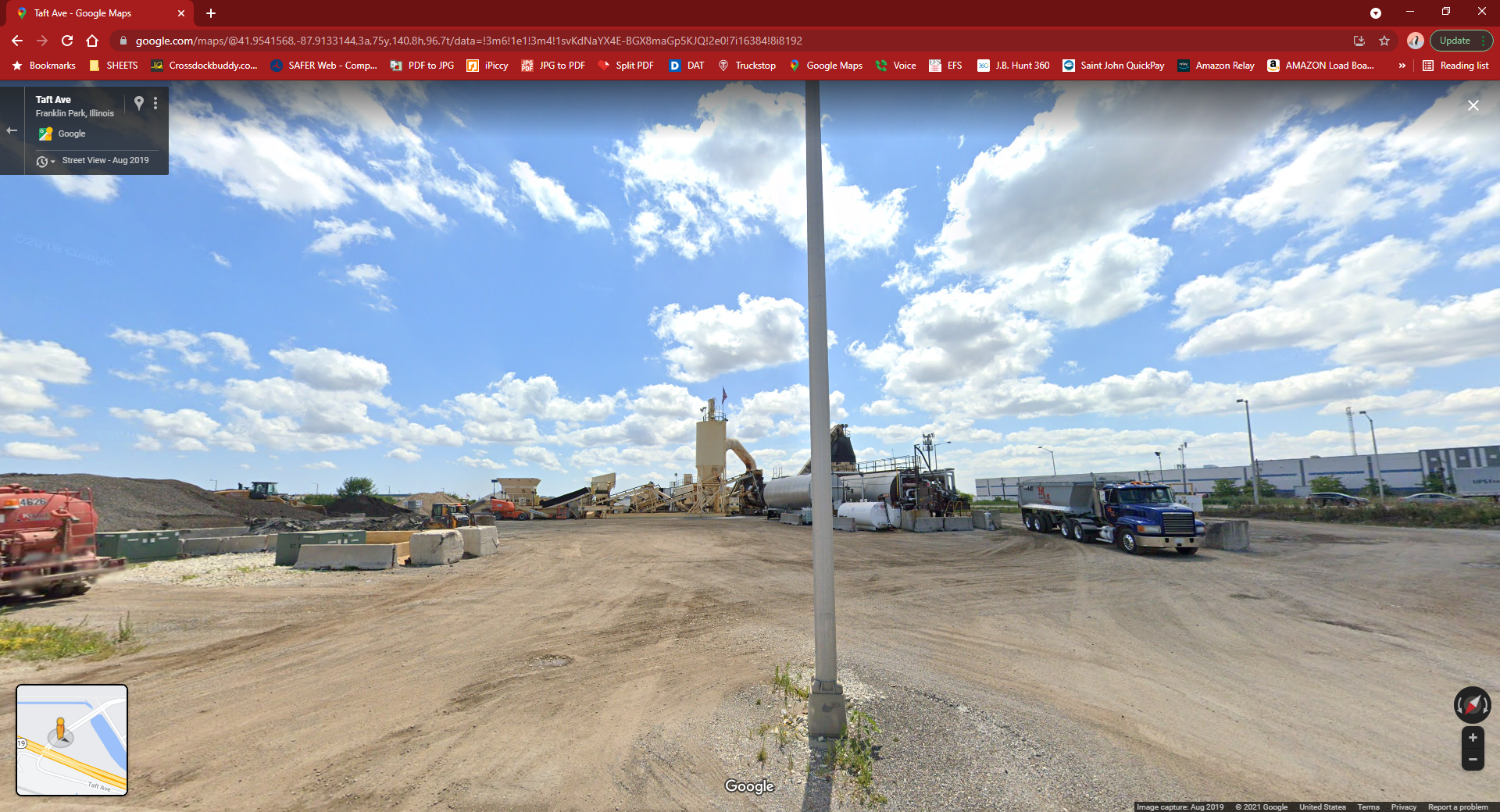 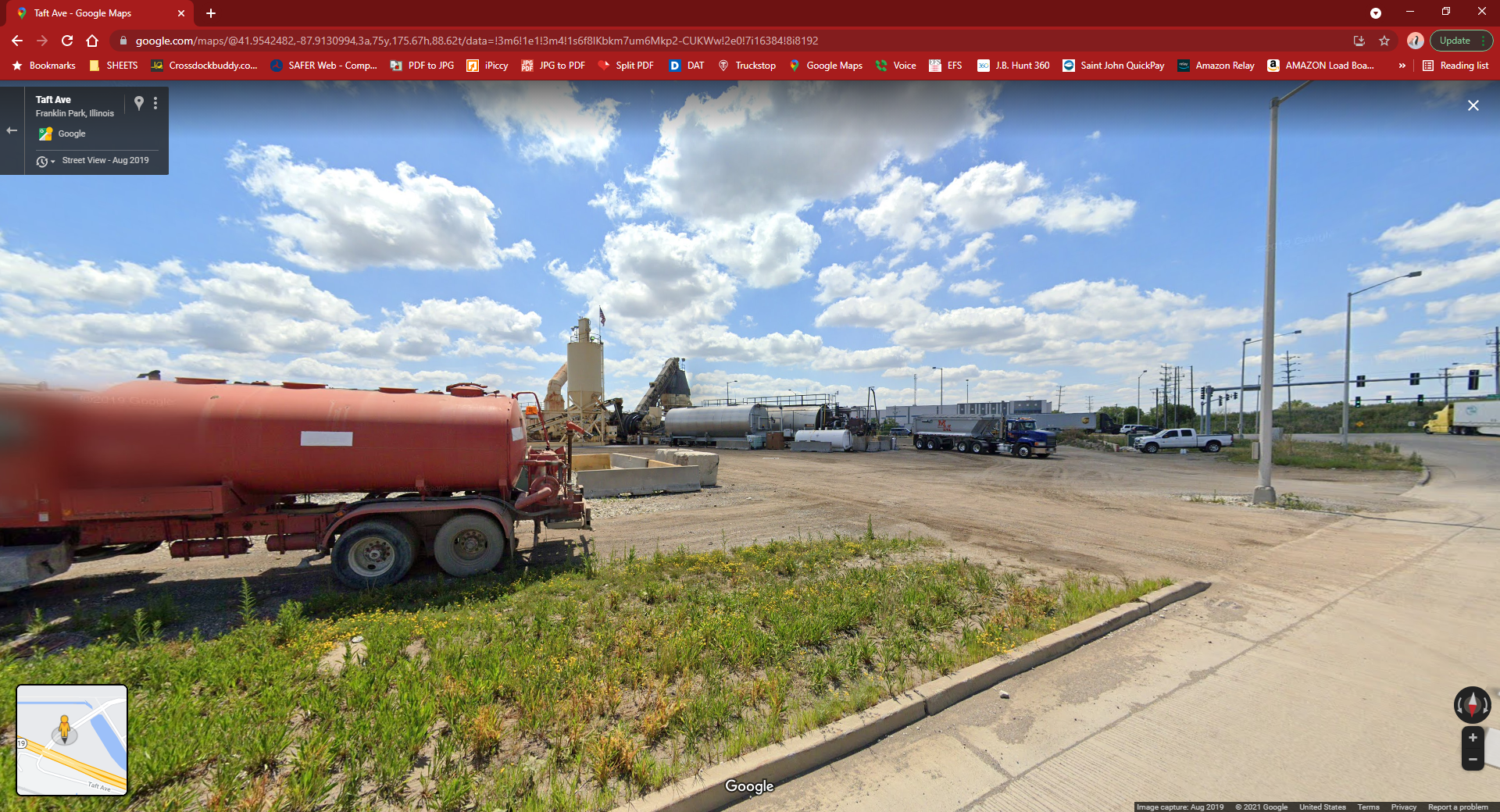 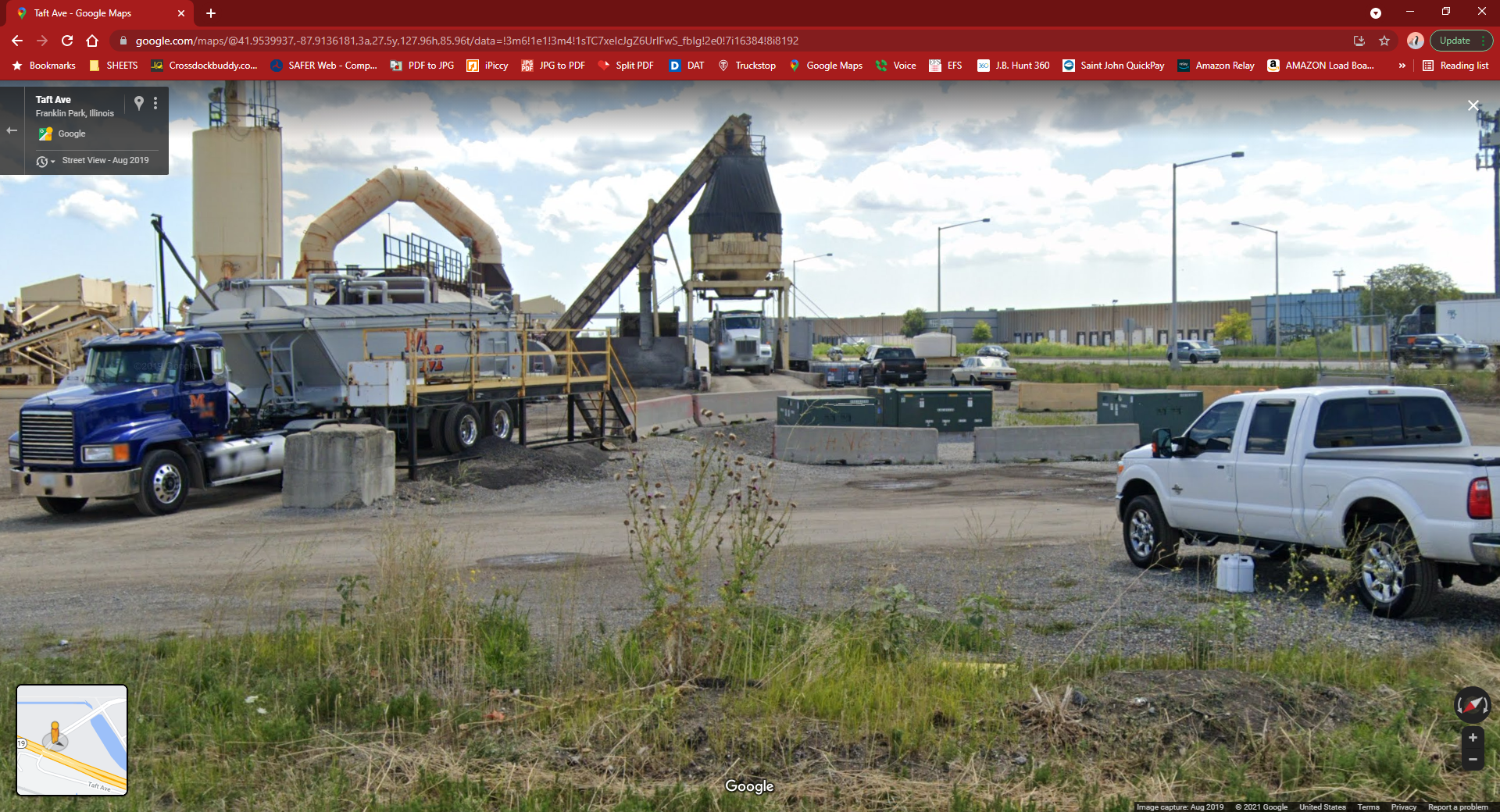 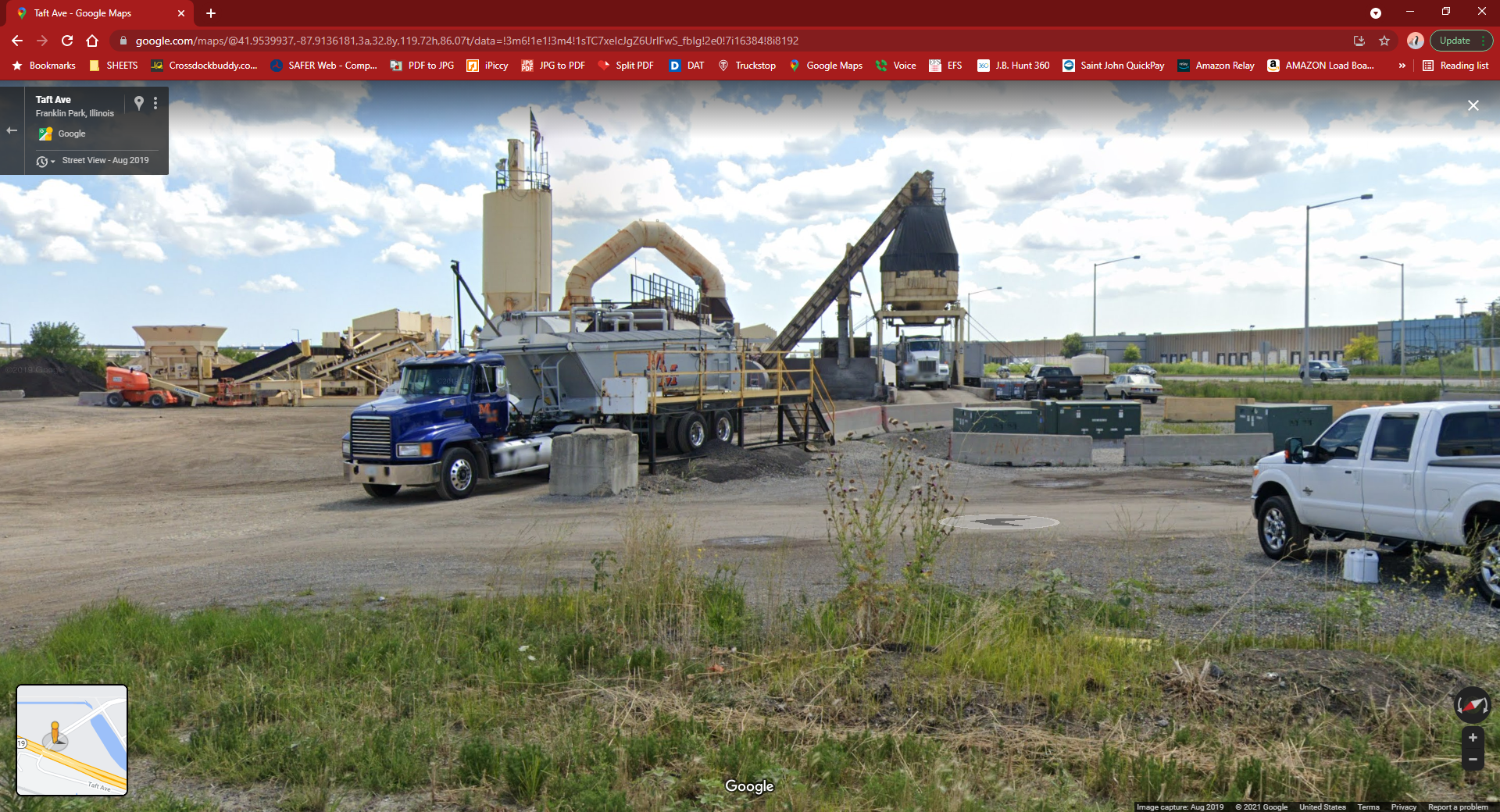